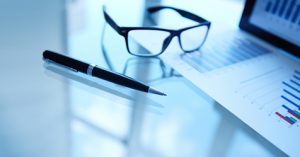 Since 2002, S&P Dow Jones Indices has published its biannual Indices Versus Active (SPIVA) reports, which compare the performance of actively managed equity funds to their appropriate index benchmarks. It also puts out a pair of scorecards each year that focus on persistence of performance. This is an important issue because if persistence is not significantly greater than should be expected at random, investors cannot separate skill-based performance (which might be able to persist) from luck-based performance (which eventually runs out). Following are some of the highlights from the just-released December 2019 Persistence Scorecard, with data through September 2019:

While the evidence demonstrates that historical performance is only randomly associated with future performance, many institutional investors (such as endowments and pension plans) still engage in the practice of selling funds or firing managers once they have underperformed the market over the previous three years, typically replacing them with funds or managers that have recently outperformed. They do this while ignoring the evidence that past performance has almost no predictive value and the research that found the hired managers go on to underperform the fired managers.

An explanation for this seemingly strange outcome involves evidence of mean reversion in mutual fund performance. Robert Arnott, Vitali Kalesnik and Lillian Wu, the authors of the January 2018 study “The Folly of Hiring Winners and Firing Losers,” found it can be explained by the tendency of underperforming managers to hold cheaper assets with cheaper factor loadings, setting them up for good subsequent performance, whereas recently winning managers tend to hold more expensive assets.

The SPIVA scorecards provide powerful evidence regarding the persistent failure of active management’s ability to persistently outperform. They also provide compelling support for Charles Ellis’ observation that while it’s possible to win the game of active management, the odds of doing so are so poor it’s imprudent to try—which is why he called it “the loser’s game.”

The opinions expressed by featured authors are their own and may not accurately reflect those of The BAM ALLIANCE®. This article is for general information only and is not intended to serve as specific financial, accounting or tax advice.