The Perils of Owning Individual Stocks

Hope vs. wisdom and investors’ failure to diversify. 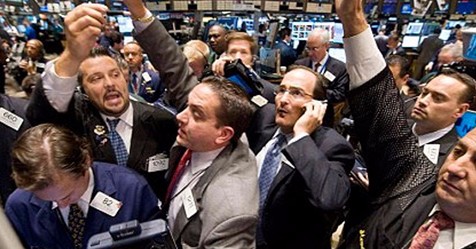 Individual stock ownership offers both the hope of great returns (finding the next Google, for instance) and the potential for disastrous results (ending up with the next Lehman).

Because investors are not compensated for taking the risk that their result will be the disastrous one—the market doesn’t compensate investors with higher expected returns for taking risks that are easily diversified away—the rational strategy is not to buy individual stocks.

Unfortunately, the evidence is that the average investor, while being risk averse, doesn’t act that way. In a triumph of hope over wisdom and experience, investors fail to diversify.

Given the obvious benefits of diversification, the question is,  why don’t investors hold highly diversified portfolios? One reason is that it’s likely most investors don’t understand just how risky individual stocks are. To correct that lack of knowledge, we’ll review the literature. I’m confident most investors would be shocked at the data on individual stock returns.

Most Stocks Underperform The Market

We’ll begin with a study by Longboard Asset Management called “The Capitalism Distribution” covering the period 1983 through 2006 and the top 3,000 stocks. The authors found that while the Russell 3000 Index provided an annualized return of 12.8% and a cumulative return of 1,694%:

You may be wondering how the Russell 3000 Index can have an overall positive rate of return when the average annualized return for all stocks is negative. The answer lies mostly in the index’s construction methodology. The Russell 3000 is market-capitalization-weighted. This means successful companies with rising stock prices receive larger weightings in the index.

Here’s another great example of the riskiness of individual stocks. While the 1990s witnessed one of the greatest bull markets of all time, with the Russell 3000 providing an annualized return of 17.7% and a cumulative return of almost 410%, 22% of the 2,397 U.S. stocks in existence throughout the decade had negative returns. Not negative real returns, but negative absolute returns (meaning they underperformed by at least 410%).

Over the decade, inflation was a cumulative 33.5%, meaning they lost at least 33.5% in real terms. Even this shocking figure is inaccurately low because the data includes only stocks that were in existence throughout the decade—there is a large survivorship bias.

Hendrik Bessembinder contributed to our understanding of the risky nature of individual stocks with his January 2017 study, “Do Stocks Outperform Treasury Bills?” His study covered the period 1926 through 2015 and included all common stocks listed on the NYSE, Amex and Nasdaq exchanges. Following is a summary of his findings, which I again suspect will shock most readers:

The bottom line is that most common stocks (more than four out of every seven) do not outperform Treasury bills over their lifetimes. Bessembinder’s findings highlight the high degree of positive skewness (lotterylike distributions), and the riskiness, found in individual stock returns.

He noted that the 86 top-performing stocks, less than one-third of 1% of the total, collectively accounted for more than half of the wealth creation. And the 1,000 top-performing stocks, less than 4% of the total, accounted for all of the wealth creation. The other 96% of stocks just match the return of riskless one-month Treasury bills!

The implication is striking: While there has been a large equity risk premium available to investors, a large majority of stocks have negative risk premiums. This finding demonstrates just how great the uncompensated risk is that investors who buy individual stocks, or a small number of them, accept—risks that can be diversified away without reducing expected returns.

Bessembinder concluded that his results help to understand why active strategies, which tend to be poorly diversified, most often lead to underperformance. At the same time, he writes, the results potentially justify a focus on less-diversified portfolios by investors who particularly value the possibility of “lotterylike” outcomes, despite the knowledge that the poorly diversified portfolio will most likely underperform.

The results from the studies we have examined serve to highlight the important role of portfolio diversification. Diversification has been said to be the only free lunch in investing. Unfortunately, most investors fail to use the full buffet available to them.

Bessembinder added this observation: “The results here focus attention on the fact that poorly diversified portfolios may underperform because they omit the relatively few stocks that generate large positive returns. The results also help to explain why active portfolio strategies, which tend to be poorly diversified, most often underperform their benchmarks. Underperformance is typically attributed to transaction costs, fees, and/or behavioral biases that amount to a sort of negative skill. The results here show that underperformance can be anticipated more often than not for active managers with poorly diversified portfolios, even in the absence of costs, fees, or perverse skill.”

Compounding the problem of poorly diversified portfolios is that we know from a series of studies by Brad Barber and Terrance Odean that individual investors are poor stock pickers. For example, they found that the stocks both men and women buy trail the market after they buy them, and the stocks they sell outperform after they are sold. Yet they persist in the effort. Why? Following is a brief list of some of the reasons:

As you have seen, this isn’t the case. The reason is that, while your profits are unlimited, you can only lose 100% of your investment. For example, the authors of the aforementioned study, “The Capitalism Distribution,” found that 6.1% of the stocks outperformed the market by more than 500%.

As a result, there are more stocks that have below “average” returns than there are stocks with above “average” returns. The left tail of the distribution was similarly skewed, with 3.9% of the stocks underperforming the market by more than 500%. Both tails provide investors with the hope that they can outperform by owning the big winners and avoiding the big lowers.

Another likely explanation from the field of behavioral finance is that investors have a preference for skewness. They are willing to accept the high likelihood of underperformance in return for the small likelihood of owning the next Google. In other words, they like to buy lottery tickets.

If you have made any of these mistakes, you should do what all smart people do: Once they have learned that a behavior is a mistake, they correct their behavior.

It’s interesting to note that we find the same phenomenon at work when we examine total market returns. Specifically, a very small number of days provide most of the returns. For example, Javier Estrada’s 2008 study, “Black Swans and Market Timing: How Not to Generate Alpha,” examined 15 developed-country stock markets, including the United States, and found that if investors could avoid the worst 10 days, their returns would be 150% greater than the returns of buy-and-hold investors.

Estrada also found that the unlucky investor who missed just the best 100 days from 1900 through 2006 would end up with less money than he started—forget 107 years of inflation. On the other hand, avoiding the worst 100 days during that period would have increased terminal wealth 43,397%. This makes market-timing a tempting strategy.

However, because a negligible proportion of days determine either the massive creation or destruction of wealth, the odds against successful market-timing are simply staggering. Estrada concluded: “Market timing may be an entertaining pastime, but not a good way to make money.”

Here’s another example demonstrating the difficulty of successfully timing the market because so much of the market’s returns occur over such short and totally unpredictable periods. There are 1,020 months in the 85-year period from 1926 through 2010. The best 85 months, an average of just one month a year (or just 8.3% of the months), provided an average return of 10.7%. The remaining 935 months (91.7% of the months) produced virtually no return (just 0.05%).