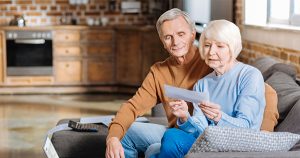 For many, correctly answering the question, “When should I begin to take my Social Security benefits?” is a critical step toward making sure their retirement income and savings last at least as long as they do. For others, who perhaps are lucky enough to have accumulated a more substantial nest-egg, the decision may have less of an impact on their ultimate chances of a “successful” retirement (as they may have enough income and/or other assets to overcome a poor choice). But let’s face it … nobody wants to leave Social Security dollars on the table because of a less-than-ideal claiming decision.

Unfortunately, making the right choice for you and your specific life and financial circumstances is often much easier said than done. Consider, for instance, that there are literally thousands of rules governing the Social Security system and nearly a dozen different types of Social Security benefits.

As if that weren’t bad enough, choosing the best time to claim Social Security benefits also means trying to guestimate how long you will live, which just complicates things further. Factors such as health, family history and even income can all be helpful predictors, but they’re far from perfect. Healthy people sometimes die young, while those with poor health sometimes live beyond even the most optimistic estimates.

For married couples, the decision-making process can be even more challenging, because it’s not just one life to consider, but two. It’s enough to truly make one’s head spin!

With that in mind, let’s consider one way that married couples can reframe their thinking about Social Security benefits and simplify claiming decisions. But first, a quick recap of some basic Social Security rules.

Rather, by delaying benefits beyond your Full Retirement Age, you are entitled to receive “Delayed Credits,” which will further increase your benefit by 8% per year (or two-thirds of 1% per month), in addition to any cost-of-living adjustments that might apply. Therefore, by waiting until as late as 70 to begin receiving Social Security retirement benefits, you can effectively increase your “unreduced” benefit by as much as an additional 24% to 32% (depending upon the year in which you were born).

Of course, while delaying the receipt of your Social Security benefits can boost your monthly benefit amount, it also, quite obviously, reduces the number of months that you will receive benefits. Thus, the obvious question arises:

“Should I start receiving smaller Social Security checks sooner so that I get more total checks during my lifetime, or should I wait to take Social Security until some future date to make the checks I do receive bigger?”

In trying to figure out the answer to this question, people, including married couples, often base their decision when to start receiving benefits upon how long they (the individual person) will live. For married couples, though, that is often a mistake, and instead of each spouse looking at their own life expectancy, they should often consider the following planning hack.

If the higher-earning spouse believes that either spouse will still be alive into their 80s, they should give more consideration to delaying Social Security benefits, possibly until as late as age 70, even if they don’t think that they will live much beyond that time themselves. Conversely, if the lower-earning spouse believes that either spouse will die within the next decade or so, they might want to give additional consideration to claiming their own benefit sooner, even if they think that they will personally live to 100!

So, why does this work?

In more technically correct terms, if the spouse with the lower benefit dies first, that spouse’s Social Security check will stop being paid, but the surviving spouse will keep their own monthly retirement benefit (which was the higher monthly check). Alternatively, if the spouse with the higher benefit dies first, the surviving spouse can trade in their own lower retirement benefit or spousal benefit for a higher monthly survivor’s benefit.

Put in the simplest terms, as long as at least one spouse ends up living until their early-to-mid 80s, it often makes sense for the higher-earning spouse to delay receiving Social Security benefits (possibly until as late as age 70). And in truth, it is this spouse’s decision that is generally more important. Claiming “too early,” for instance, could not only hurt the higher-earning spouse during their lifetime, but the lower-earning spouse as well if they are the second to die.

Conversely, the lower-earning spouse can also claim benefits “too early,” but that mistake is only relevant until the first death occurs. As such, for couples who are on the fence about when to claim Social Security (because they want the protection of higher checks if they live a long time, but also want to start getting something sooner to enjoy in case they don’t live as long as they expected), the default thought process should often be to have the higher-earning spouse delay benefits and to have the lower-earning spouse claim benefits earlier to get that desired taste of Social Security at a younger age.

This framework, of course, doesn’t work for all couples. And even couples that it helps will still have questions, like just how early the lower-earning spouse should consider claiming and just how long the higher-earning spouse should wait. So, in the end, Social Security claiming decisions remain incredibly personal and complex, which is why we strongly urge clients to consult with their wealth advisory team before taking any action.

The information presented here is not specific to any individual’s personal circumstances and is for general information and educational purposes only. To the extent that this material concerns tax matters, it is not intended or written to be used, and cannot be used, by a taxpayer for the purpose of avoiding penalties that may be imposed by law. Each taxpayer should seek independent advice from a tax professional based on his or her individual circumstances. By clicking on any of the links above, you acknowledge that they are solely for your convenience, and do not necessarily imply any affiliations, sponsorships, endorsements or representations whatsoever by us regarding third-party websites. We are not responsible for the content, availability or privacy policies of these sites, and shall not be responsible or liable for any information, opinions, advice, products or services available on or through them. IRN-20-859