More Evidence on the Persistent Underperformance of Active Funds 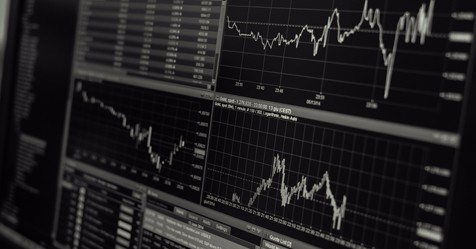 Each year, Dimensional Fund Advisors (DFA) analyzes the returns from a large sample of U.S.-based mutual funds. And each year, the results are basically the same, with the evidence showing a large majority of fund managers in the sample failed to deliver benchmark-beating returns after costs. 2017’s report is no different.

As you can see, active management is clearly a loser’s game, with the large majority of funds underperforming their respective Morningstar fund categories. And these figures are all based on pretax returns. Because taxes are typically the greatest expense for taxable investors (greater than the expense ratio or trading costs), the percentage of winners would be much lower for funds held in taxable accounts.

Perhaps even more shocking are the high failure rates. At the 15-year horizon, more than half the equity funds had disappeared and more than 40% of the bond funds had also. You’ll also note that as the horizon lengthens, the compounding effect of active management’s higher costs increases the hurdles to outperformance—failure rates rise and the percentage of winners falls.

DFA also showed that, over the prior 10 years, odds that a top-quartile fund from the prior five-year period would repeat its performance in the next year were just 23%—less than the 25% one would randomly expect.

For bond funds, the odds were slightly better than randomly expected, at 27%. Again, these are all before taxes are considered. Such a lack of persistence makes it difficult to conclude that active managers can persistently gain an informational advantage, or at least gain one that can be exploited after considering costs.

In addition, DFA showed there was a strong negative correlation between the percentage of winners and both fund expenses and turnover (reflecting trading costs). Said another way, the higher fund expenses, and the higher the turnover, the lower the odds of outperforming became. That’s Vanguard Group founder John Bogle’s “Costs Matter Hypothesis” at work.

Clearly, the deck is stacked against investors who attempt to outperform by selecting managers that will beat their respective risk-adjusted benchmarks.

One of the great anomalies in finance is that, while the literature is filled with an overwhelming body of evidence demonstrating both that the vast majority of actively managed mutual funds fail to outperform their risk-adjusted benchmarks and that any persistence of outperformance is less than randomly expected, the best part of individual investor assets are held in active funds. This failure demonstrates the power of free markets to set prices, and thus allocate capital, in a highly—though not perfectly—efficient manner.

The bottom line is that investors are not well-served by selecting mutual funds based on past performance.

Instead, they should focus their attention on other characteristics, such as the fund’s underlying market philosophy, portfolio construction rules, exposure to (or loading on) well-documented factors, trading strategy, total costs and, for taxable investors, tax management strategies—all of which are important to providing investors with the best odds of achieving their financial goals.