Larry Swedroe on data that reveals the disappointing accuracy of market forecasts. 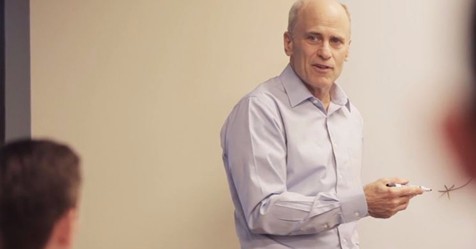 The financial media tends to focus much of its attention on stock market forecasts by so-called gurus. They do so because they know that it gets the investing public’s attention. Investors must believe such forecasts have value or they wouldn’t tune in. Nor would they subscribe to various investment newsletters or publications that, like some, claim to provide you with “news before the markets know.”

Unfortunately for investors, there’s a whole body of evidence demonstrating that market forecasts have no value (though they supply plenty of fodder for my blog)—their accuracy is no better than one would randomly expect.

A new contribution to the evidence on the inability to forecast accurately comes from David Bailey, Jonathan Borwein, Amir Salehipour and Marcos Lopez de Prado, authors of the March 2017 study “Evaluation and Ranking of Market Forecasters.”

Their study covered 6,627 market forecasts (specifically for the S&P 500 Index) made by 68 forecasters who employed technical, fundamental and sentiment indicators. The sample period is 1998 through 2012.

Their methodology was to compare forecasts for the U.S. stock market to the return of the S&P 500 Index over the future interval(s) most relevant to the forecast horizon. The authors evaluated every stock market forecast against the S&P 500 Index’s actual return over four time periods—typically one month, three months, six months and 12 months.

They then determined the correctness of the forecast (i.e., whether the forecaster has made a true or false forecast) in accordance with the time frame for which the forecast was made. Because of the more random nature of short-term returns, they weighted the forecasts as follows:

The distribution of forecasting accuracy by the gurus examined in the study looks very much like the common bell curve—which is what you would expect from random outcomes. That makes it very difficult to tell if there is any skill present.

There were many well-known forecasters among the results. I’ve highlighted 10 of the more famous, most of whom I’m sure you’ll recognize, along with their forecasting score:

Of course, there were a few forecasters with fairly good records. But only four of the 68 gurus posted scores at or above 70% (among them was David Dreman), and just 11 in total had scores above 60%.

As the authors noted, while some forecasts turn out to be uncannily accurate, others lead to signiﬁcant losses. Unfortunately, it’s extremely difficult to determine ahead of time which will prove accurate. And if you pay attention, even those who provide the forecasts have admitted the difficulty (though they get paid a lot of money to ignore the evidence).

Here’s what Barton Biggs, who at the time was the director of global strategy at Morgan Stanley, had to say: “God made global strategists so that weathermen would look good.” Keep this in mind the next time you find yourself paying attention to some guru’s latest forecast. You’ll be best served by ignoring it.

As I point out in my book, “Think, Act, and Invest Like Warren Buffett,” that’s exactly what Buffett himself does, and what he advises you to do—ignore all forecasts because they tell you nothing about the direction of the market, but a whole lot about the person doing the predicting.