The Illogic of Active Trading 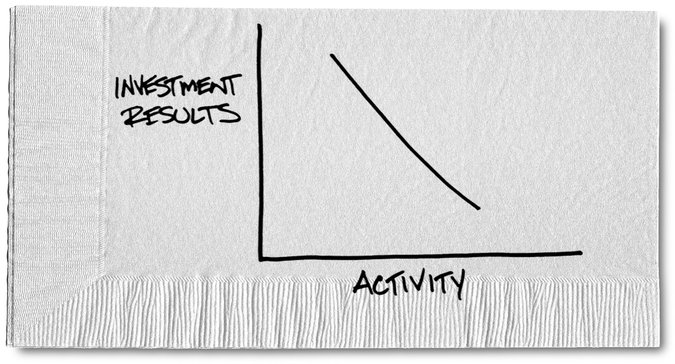 I spoke to TD Ameritrade, and it said this number represented a broad-based increase in trading. The number of people trading in their accounts also increased, and over all, they were trading more.

Frederic Tomczyk, TD Ameritrade’s president and chief executive, referenced all of these trades in a news release announcing a 35 percent increase in company earnings. According to Mr. Tomczyk, the earnings increase was “driven by record trades per day as retail investor engagement continued to improve. In fact, our quarterly activity rate was the highest we’ve seen in a decade.”